Introduction. A recent ruling from the Oregon Court of Appeals should be of interest to landlords, including those owning manufactures housing communities. Many provisions in the Oregon Landlord-Tenant Act apply a multiplier for the landlord’s violation of a statute.

A case in point is 90.315(4), a utility billing statute which allows that aggrieved tenants may recover the greater of “one month’s periodic rent or twice the amount wrongfully charged” for each individual violation. In Shepard, the plaintiff sought to apply the statute in an ongoing manner for every month the alleged violation existed. It does not require a calculator to conclude that an alleged violation that existed for 12 months (the statute of limitations under the Act) can amount to a sizeable claim against the landlord – and especially so if brought as a class action on behalf of the entire Park.

Background. Although the Shepard case arose under the non-MHP section of the Act (pre-90.505) the principle is the same for MHPs.

Tenant had been living in an apartment since 2008. In 2013 the landlord changed rent policies to add a monthly fee for utilities. In 2019 the tenant failed to make rent payments on time and the resulting eviction proceeding went to trial.

As a defense, the tenant claimed the landlord had violated certain provisions of ORS 90.315(4) which governs a landlord’s ability to pass-through utility charges to tenants. Specifically, that the landlord had failed to bill the tenant on time and failed to explain the way utility bills were both assessed to the tenant and divided among the complex’s other residents.

The trial court granted the tenant damages of $11,010 – one month’s rent for each of the 12-months of billing violations. The landlord appealed, arguing that the legislation did not contemplate that the penalty would be applied “per violation.” The court of appeals sided with the landlord awarding the tenant only $960 dollars, twice the wrongful $40 dollar utility charge for the preceding 12 months.

After evaluating the statute, the court determined that one-month’s rent was the minimum amount a landlord would have to pay for any number of violations of the statute. They reasoned the wording “twice the amount wrongfully charged” was meant to address a situation where repeated billings might incur damages greater than a single month’s rent. They said that the legislature intended to create a damages statute with “some, but not too many, teeth.” If the legislature had intended for damages to result from each incident they would have used language indicating that penalties accrued for each noncompliant billing cycle.

Why Does This Matter? Manufactured housing park landlords should be heartened by this new ruling. Note, however, it will be appealed to the Oregon Supreme Court, so we do not know final word.

(b)      Twice the tenant’s actual damages, including any amount wrongfully charged to the tenant.

The language in 90.315 is relatively new, having been added to the ORLTA in 2015. Because of this, Shepard v. Ormandy is currently the only case which addresses the issue of how a court may calculate damages based on a violation of tenant utility billing statutes. Likewise, there are no cases addressing the similar manufactured housing statute for damages resulting from pass-through utility charges.[1]

Conclusion.  Shepard v. Ormandy was granted review by the Oregon Supreme Court in October 2022. It is unclear at this time how the high court will rule. Oral arguments are set for the spring of 2023. Until then, should a landlord find themselves facing a damage claim under ORS 90.582(3), it is important to argue that the penalty of one-month’s rent does not apply to each violation within the relevant period.

[1] Note that the tenant’s damages may be higher for a claim under manufactured housing statutes since they allow for twice a tenant’s actual damages plus any amount wrongfully charged. Thus, damages may be in excess of the wrongful charge. 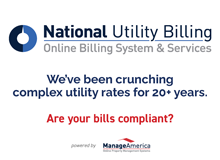