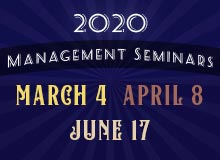 The 2019 Oregon Legislature made sweeping changes to the state’s landlord-tenant laws. None will have more impact than Senate Bill 608 (SB 608), which went into effect on February 28, 2019. SB 608 made two significant alterations to Oregon law: (1) After the first year of occupancy in a month-to-month or fixed-term tenancy, landlords are severely limited in their ability to evict tenants, and (2) landlords with month-to-month or fixed-term tenancies are now limited by rent control in their ability to increase rent for an existing tenancy. (NOTE: The cities of Portland, Milwaukie, and Bend have additional restrictions on landlords, and different laws apply to manufactured home and floating home tenants.)

The main takeaway is that landlords should carefully evaluate tenants during the first year of occupancy to ensure that they would be good long-term tenants. If not, landlords should consider terminating the tenancy for no-cause before the second year of occupancy begins. There are some exceptions to the no-cause eviction rule after the first year, such as when a landlord intends to put the rental unit to a different use (i.e., to undertake substantial repairs, demolish the unit, move in family members, or sell the unit). Even then, the tenant can only be evicted with a 90-day notice and in some cases the landlord must pay the tenant one month’s rent to move out. There are also exceptions for tenants who live in the landlord’s primary residence as a tenant, or on the same property as the landlord (i.e., in a duplex).

Under SB 608, during any tenancy other than week-to-week, a landlord may not increase rent during the first year of the tenancy. After the first year, rent can only be increased with at least 90 days’ written notice. During any 12-month period, rent cannot be increased in an amount greater than 7% plus inflation as measured by the Consumer Price Index for All Urban Consumers, West Region. However, there are exemptions if the first certificate of occupancy for a rental unit was issued less than 15 years from the date of the rent increase, or if the landlord is providing reduced rent as part of a federal, state or local program or subsidy.

While most landlords would be content with 7% rent increases, the real danger is that this limit will be pushed downward by future legislatures. The 7% limit also prohibits landlords from quickly recouping large capital expenditures, such as unforeseen repair costs to their rental units. To guard against this, it seems likely that many landlords will set rents higher for new tenants, and/or regularly raise rents at 7% annually plus the CPI when they may not have done so before SB 608.